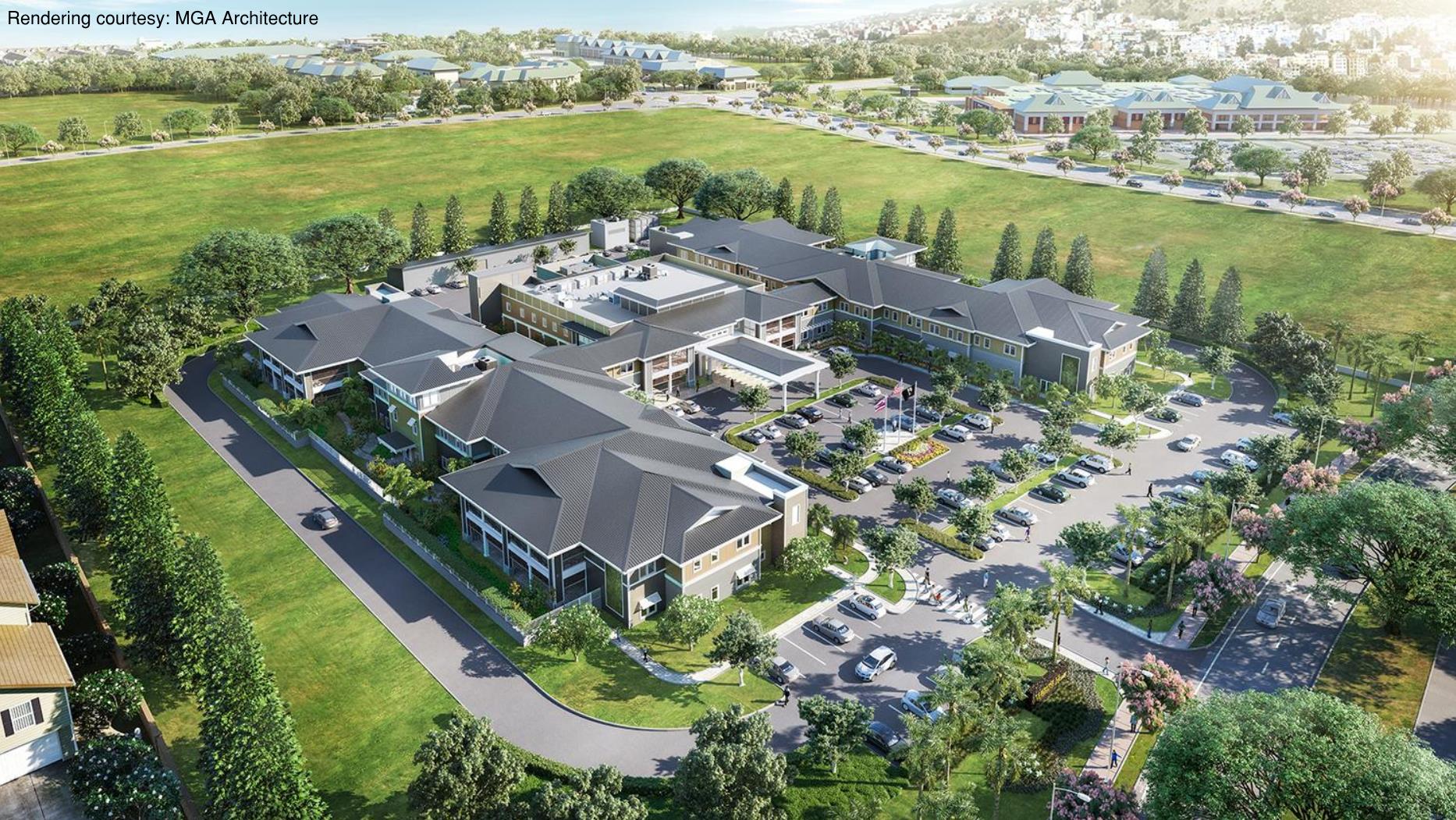 Construction on a $75.5 million new state veterans home on Oahu has finally begun after a series of delays and rejected locations.

But, according to House Finance Chair Sylvia Luke, the 120-bed facility ended up on 7 acres in the Westside neighborhood of Kapolei that had been designated for affordable housing.

“The problem is that apparently (the veterans) have already broken ground and they received federal funds in 2013 so this is almost 10 years in the making,” Luke said, adding that further delays could jeopardize the federal funds allocated for the facility. “This puts us in a bind.”

The dilemma underscores the frequently competing interests for scarce land on Hawaii’s most populous and urban island. Housing prices and rents have skyrocketed in recent years, leaving many residents on the brink of homelessness.

Meanwhile, the only established state veterans home is on the Big Island despite the fact that 72{510c6b06a53e24176caee9b130b3301c5afab9f9a4b8c954c417887f163b6611} of the 118,000 Hawaii-based vets live on Oahu. There is a 60-bed facility for veterans on the grounds of the Tripler Army Medical Center in Moanalua, but officials stressed the need for a new home of their own to meet growing demand.

The 95-bed Yukio Okutsu State Veterans Home in Hilo, which was built in 2008, also was recently fined more than $500,000 for numerous deficiencies after at least 27 residents died of COVID-19 during an outbreak that began in August.

Nan Inc., Hawaii’s largest locally owned and operated contractor, was awarded a $75.5 million contract in October and began digging in the area last month after fencing off the site, which is part of a larger 27-acre vacant parcel across Farrington Highway from a Walmart.

“We’re doing mostly what you would call groundwork right now, installing manhole structures and things like that,” Justin Barfield, a company spokesman, said.

The complex will eventually include a pair of two-story residential buildings and a two-story skilled nursing and community building, along with a paved parking lot.

Construction had been slated to begin last year, but the company didn’t receive notice from the state to proceed until last month, according to Barfield.

It was the latest in a series of delays. Luke said the Kapolei location was chosen after the state Department of Defense’s Office of Veterans’ Services aborted attempts to place the facility at a University of Hawaii site near Diamond Head and a city-owned plot in Aiea, where it ran into objections from residents.

The Hawaii Housing Finance and Development Corp., which is in charge of overseeing affordable housing development in the state, agreed in late 2018 to lease the land in Kapolei for the project.

MGA Architecture won a nearly $1.9 million contract to design the buildings in August 2018, according to Pacific Business News.

Luke said the issue came to the attention of her money committee when it was warned that HHFDC may need state help paying for the cost of infrastructure and other properties due to lost revenue.

“Once you give the land away, you are losing the opportunity to build affordable rentals, which is bad to begin with,” she said. “Then come to find out they rely on revenues generated from that parcel to pay for the infrastructure of other lands in Kapolei so now what’s going to happen is HHFDC will have to come to the Legislature to ask for like $300,000 a year to pay for the infrastructure.”

Luke said she understands the need for a new veterans’ home and doesn’t plan to try to block the project now that construction is underway.

However, she said the committee held a meeting earlier this month with the departments involved — including defense, budget and finance, accounting and general services — and asked them to provide comparable land to the HHFDC to make up for the loss.

“In order for us to continue affordable housing development, we need land so we have now instructed them to find equivalent state parcels,” she said. “I think that’s the best we can do, but it is unfortunate that it is leading to this because the priority really should be making sure that we have continued addition of affordable housing.”

The state Department of Defense stressed the need for more “state veterans home beds in Hawaii to support our aging veterans.”

Spokesman Jeff Hickman pointed out that a 2014 feasibility study found a need for 173 more beds in a new facility that provides services including skilled nursing and hospice care.

“The new Daniel K. Akaka State Veterans Home in Kapolei will have 120 beds,” Hickman said in an email. “We will still be 53 beds short of 268 total state veterans home bed needs for Hawaii, but we’ll more than double our current capacity.”

“Construction of our second Hawaii State Veterans Home on Oahu will offer closer proximity of care to the largest number of resident veterans while at the same time being available to all veterans residing in the state of Hawaii,” he added.

Hickman declined to respond to specific questions about the search for land or the legislative request to provide alternate parcels for affordable housing.

The home is being named for the late senator, who advocated for Hawaii’s veterans during his tenure as chair of the Senate Veterans Affairs Committee. He is also the namesake for a separate outpatient veterans clinic being built elsewhere on the leeward side of the island.

An HHFDC spokesman said the defense department had been allowed to start site work but was still waiting for permit approval for “vertical construction.” The housing agency also is waiting for the department to execute a lease for the property.

“It is being built on a seven-acre portion of a larger 27-acre site referred to as the ‘Northwest Corner,’” Kent Miyasaki said in an email. “It has been HHFDC’s intent that this site could be used for affordable housing and/or sold for commercial and mixed uses with the proceeds used to reimburse the agency for its cost to build and maintain infrastructure in Kapolei.”

The 27 acres, which had been slated to be part of a planned community called the Villages of Kapolei, have been vacant for more than two decades, although the HHFDC said it has occasionally rented them out for large community gatherings attracting up to 10,000 people.

In 2013, the agency received and accepted a bid from a development team led by San Diego-based OliverMcMillan Inc. to use the lot for a residential and commercial community that would include affordable housing.

However, the developer withdrew from the deal in the fall of 2018 because of sewer connection issues and market changes, according to a fact sheet provided by HHFDC.

It said the state defense department has plans to overcome the sewer problems and will be responsible for preparing traffic and cultural impact assessments.

Betty Lou Larson, legislative liaison for Catholic Charities Hawaii, said the need for affordable housing is growing, with many people just “one medical bill away from homelessness.”

“Although Catholic Charities agrees there is a need for housing at all levels, of course the greatest need is for the very low income and the moderate income to have rentals,” she said.

Sign up for our FREE morning newsletter and face each day more informed.

It is all about business